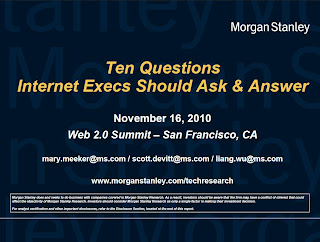 Mary Meeker gave a great presentation at Web 2.0, here’s a few summary points and the link to the presentation: