August 3, 2012
Jay
Social Media
Facebook recently admitted that more than 8.7% of its 955 million Facebook accounts worldwide are fakes. That equals roughly 83 million profiles that are not real. Facebook broke the numbers down even further stating that the largest portion of the faux pie comes from 46 million duplicate accounts, or 4.8% of all accounts. Duplicate accounts are defined by Facebook as “an account that a user maintains in addition to his or her principal account.” 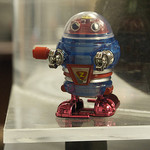 The next biggest portion includes user-misclassified profiles, which are personal profiles that have been created for companies, instead of pages, or for a non-human entity, such as a pet. Yes, people have Facebook profiles for their pets. (Teaching the pet to maintain his own account would be a great trick)! These make up 2.4% or 23 million of the fake accounts. The remainder is made up of undesirable profiles, which are considered to be in breach of Facebook’s terms & conditions, and these number about 14 million.
The biggest issue here for Facebook is the effect this news will have on its advertisers and, subsequently, its stock price. It doesn’t help that earlier this month, software startup Limited Run claimed that 80% of the clicks on their Facebook ads were coming from bots. Tech Crunch did some of its own investigating and was skeptical about the timing of the announcement. Limited Run’s co-founder, Tom Mango, said the research was done earlier this year, but the company waited to post the results of their own testing until just after the launch of their new website. At any rate, Mango made it clear that they are not saying Facebook is behind the bots that are inflating the number of clicks – other factors, such as a vicious competitor could also be behind it.
Limited Run has certainly gotten Facebook’s attention and the social networking company says it’s investigating the claims. In the meantime, Facebook CFO David Ebersman said that Facebook is doing everything it can to ensure that Facebook is populated by real people. Does this change the way you use Facebook advertising?
Image credit: davedehetre
Share This