Being the third widespread attack in three weeks to Facebook, this weekend the 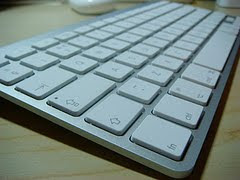 “hilarious video” attack has been discovered. This attack attempts to steal your login credentials while requesting you to log in on a fake Facebook login page. It also requests you install malware named HD Media Player/FLV Player. If you find this video on your Facebook wall, remove it immediately. Mashable also reported today, there is a new clickjacking worm which is spreading via the “Like” feature. For more information, click here.

Oddly enough although not related [I don’t think], today is the unofficial Quit Facebook Day. Now these types of attacks are the inevitable with the Internet, but they do come at a trying time for Facebook as they have been in the spotlight for all the wrong reasons (i.e. privacy concerns). Do you feel this gives you just a little more of a reason to quit Facebook today?