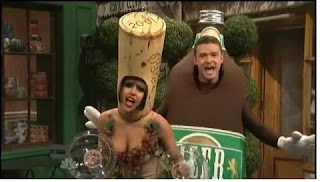 Amazon.com servers temporarily crashed after they offered Lady Gaga’s newest album via their Cloud Service for $.99 rather than the $12 a user would normally pay if they wanted to purchase the CD (who does that anymore?). They were clearly underestimating the “Power of Gaga”.

Some users expressed their frustration in comments like “should have waited for it on iTunes”.

Amazon’s cloud supports customers like Netflix and Zynga (home of Farmville). A study by Sandvine Inc. showed that Netflix’s movies and TV shows are responsible for 30% of the total traffic on the Internet.

I remember a few years ago, Sun Microsystems was talking about the networked computer and how personal computers would be going away, but I always felt this was in response to how much the CEO at the time disliked Microsoft. Now with Cloud Computing this vision is being realized.