Dispatch: A Band for the Web 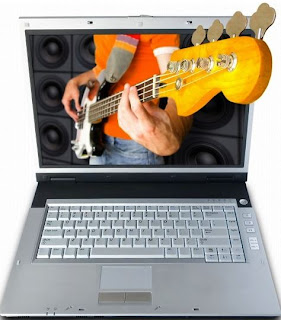 A few weeks ago I was at a friend’s house for homemade pizza night and stumbled upon the band – Dispatch. Heard of ’em? Well, neither had I. As it turns out, we were enjoying their Madison Square Garden show on the flat screen while we created our personal pizza masterpieces. “Who is this?” I asked. “Oh! This is Dispatch. I have been dying to go to a show. This one sold out in 30 minutes on MySpace. They’re great!” my friend smiled.

I had never heard of this band but the fact that they sold out Madison Square Gardens via MySpace was impressive to me, plus I really liked the music. I did a little online research and I am now officially a fan. I am not only impressed that they were able to sell out the show online. I am impressed by the band itself. I don’t believe that all you need is a strong marketing program to create a viable online business. Their accessibility isn’t the ONLY ingredient that makes Dispatch so good… or so successful. It’s the incredible content. The musicianship. The songs. And the whole band itself. Add in the charitable giving and you have a recipe for some authentic fan building. Start with a good product. Period.

Here are just some of the things I found interesting about the way the band communicates with their rabid fan base.

1) Gained exposure without a label back when Limewire and and Napster were going strong (Although I hear Napster’s founders are launching a video chat service). People loved the music and wanted to share. Good content is king…still.
2) Their farewell concert in 2004 was the largest independent music event ever. Over 100,000 people showed up to see the Last Dispatch. It started as a free event and they expected about 20-30,000 people.

3) In 2007, they performed a benefit concert in Madison Square Garden called Dispatch: Zimbabwe and sold tickets exclusively via MySpace. Show sold out in 30 minutes. They added a second show which sold out in less than 24 hours. They then scheduled a third show and sold tickets on Ticketmaster which also sold out.
4) Sold performance footage on MySpace and SNOCAP.
5) Video streamed the concert for a week on MySpace
6) In 2009, they played an acoustic show at the Kennedy Center and sold out within 10 minutes.

Lately the band has been considering a comeback. How do we know? An icon on their website “Dispatch 2011” followed by a tweet in November 2010 containing a QR code to a Google Places location at Red Rocks Amplitheater in Colorado. Then a QR code a week pointing to more Google Places map locations in Chicago, Atlanta and other US cities. Then at midnight Jan 1, 2011 the band confirmed a reunion tour this June in all the cities previously tweeted. All that plus a video on YouTube to promote the tour.

Ah, it’s probably too late for me to get tickets but what an incredible story!