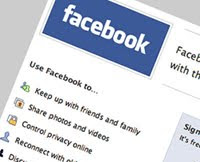 You would have to be living under a rock not to know about the tidal wave of growing concern over how Facebook is handling your personal information. A recent study conducted by the IT security firm Sophos, showed 60 percent of Facebook users mulling to quit. The online survey showed two thirds of Facebook users were considering leaving and 16 percent claiming to have already stopped using Facebook.

The biggest concern for users is Facebook’s “Instant Personalization” program. Let me give you a quick example of how it works. You head over to Pandora to listen to some jams and the first song you’re fed is one of your favorite songs. How did Pandora do this? Pandora has access to your profile and can use public information – name, profile picture, gender, and connections, plus anything else you’ve made public including the music you like.

The problem with the “Instant Personalization” program is you didn’t opt into the program. Facebook launched the program and the 450 million plus members’ settings were all updated to be included in the program. They should have asked and now there’s a trust issue between Facebook and their members.

Tim Sparapani, Facebook’s Public Policy Director, recently stated that the company would soon release an update to their privacy settings that would simplify the process. I’m hoping they opt everyone out of the program and then give everyone the chance to willingly join. If they do anything less Facebook might become the next MySpace…