Is Google Trying to Show Its Human Side?

06 May Is Google Trying to Show Its Human Side?

Posted at 11:50h in All Articles by Matt the Intern 0 Comments
0 Likes
Share 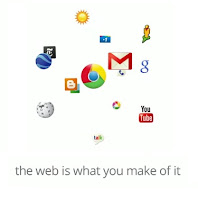 Launched early this week, Google’s new Chrome ad is definitely attempting to reveal a bit of its human side. With over 325,955 views on YouTube in just four days – this “Dear Sophie” video depicts a father using Google products to share memories with his daughter as she grows up. This includes sending her notes via Gmail and posting baby videos of her on YouTube.

Although the video may come off more like a Gmail ad rather than a Google Chrome ad, it still does its job. It evokes an emotion powerful enough that it makes people want to share the video. There is one aspect I feel the video is missing though – Sophie’s reaction, as an adult, to her dad’s notes.