Is Second Life for you? 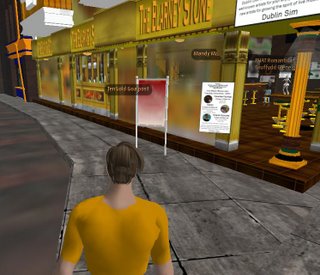 Second Life is the latest ‘hot’ internet marketing strategy. Popular Irish Pub the Blarney Stone featured in image. It is a virtual world developed by a company called Linden Labs. In Second Life you can create your own persona and travel through different virtual islands. You can also buy virtual land, clothes and other real world items.

Several companies have set up business in Second Life, Toyota, Dell and Wells Fargo as well as agencies The Electric Sheep Company and Crayon. I predict this will be the next big thing in the internet world, with the next major windfall of dot com millions to be made. Watch for Ten Golden Rules coming in 2007.