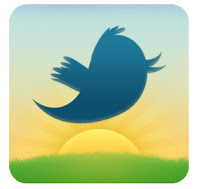 Are you a Twitter user looking for good bargains? Interested in sneak-peeks in travel, entertainment, fashion or technology? Twitter has recently introduced the account, @earlybird, which is an official Twitter account for exclusive offers, special events and time-sensitive deals. As part of Twitter’s business model evolution following Promoted Tweets, @earlybird will promote timely and relevant deals to users following the account. Twitter will earn revenue based on partnerships with the advertisers.

This is an important step for Twitter in making it more profitable but yet not intrusive to its users. By following the account, you are in essence opting-in to these exclusive advertisements. Hopefully, they will be relevant enough so that the account doesn’t just clutter up your Twitter stream; but in the event you do not like the deals, simply unfollow the account as you would with any other Twitter account.

I am following the account and as of today, no deals have been released yet. Any ideas for what the first deal will be?

Twitter has a post on the topic in its Help Center which provides additional details. Are you interested in finding out what types of exclusive deals you could receive with @earlybird?