Posted at 14:06h in All Articles by Matt the Intern 0 Comments
0 Likes
Share 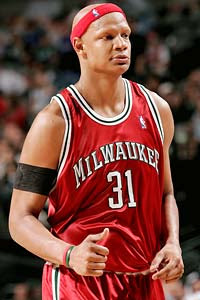 Milwaukee Bucks, Charlie Villanueva rushed to his phone during half time against the Boston Celtics to tweet. “”In da locker room, snuck to post my twitt. We’re playing the Celtics, tie ball game at da half. Coach wants more toughness. I gotta step up.”
It must have worked, he finished with a team high of 19, and the Bucks beat Boston, 86-77. He got a talking to after the game from head coach Scott Skiles…guess he’s not a fan of Twitter.