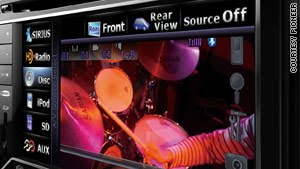 Satellite radio is no longer the only way to add variety to our listening options on the go. Internet radio sites such as Last.fm, Jango and Pandora have offered the ability of customize channels on our computers and mobile phones. Pandora has now pushed even further by announcing its partnership with Pioneer to bring Internet radio to your car via their audio products. This is a strategic move for both companies as it expands Pandora’s reach while giving Pioneer a new market.

One factor to consider for some is the pricing of these devices as they also support entertainment and navigation which adds a few more dollars to the equation. The navigation system is priced at $1,200.00 which also incorporates an iPhone feature to sync your current Pandora settings to. With over 42 million listeners and counting, Pandora hopes its users will see this as another reason why its service sets them apart from the rest.