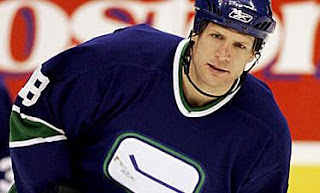 Despite pathetic performances and negative reaction from the judges, American Idol contestant Sanjaya Malakar has been getting enough votes to stay in the competition. Website Vote For The Worst and shock jock Howard Stern have been urging people to vote for Malakar to fuel their sarcastic sense of humor.

A similar fan reaction almost won journeyman hockey player Rory Fitzpatrick a trip to the National Hockey League All Star game. Fitzpatrick was ahead of superstar Nicklas Lidstrom until the final week of voting, many accused the NHL of fixing the results to prevent the embarrassment of sending Fitzpatrick the game.

Who are the big winners?

Fitzpatrick used up most of his 15 minutes of fame.

Sanjaya is clearly a big winner, he might not even be the best singer in his family. His attractive sister (see Shyamali Malakar’s American Idol audition on You Tube) wowed the judges with ‘Summertime’ and Sanjaya rode her coattails for a trip to Hollywood. 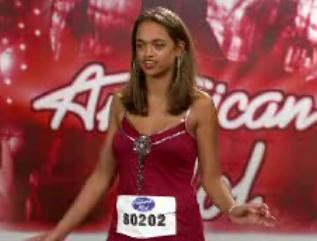 Vote For the Worst is the biggest winner in the internet sweepstakes. Their site has spiked in the Alexa rankings during each of the last three American Idol seasons, the site runs banner advertising all over their home page and likely generates a fair amount of revenue cheering on the lucky losers. 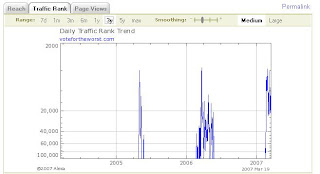