Small Businesses Will Soon Be Able to Serve Ads on Twitter 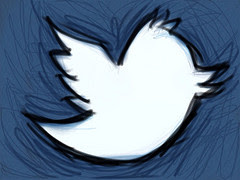 For those small businesses out there that enjoy connecting with customers via Twitter as part of your social media strategy, you will soon have the opportunity to expand your customer base with Twitter ads. Twitter’s CEO, Dick Costolo, was quoted saying Twitter, “would offer a self-serve tool for local businesses to buy Twitter ads, and is working on ways to deliver those ads based on location,” starting next year. Similar to the algorithm of Promoted Accounts ads, local businesses will be able to serve relevant ads to those following accounts similar to theirs. For example, a pet store will be able to target ads to users following other pet stores in a given city.

This ad platform will afford Twitter the edge it has lacked, scale. However, how laser targeted will Twitter ads really be? Using Facebook as an example, the company collects quite a bit of demographic and interest information, unlike Twitter. In fact, the information Twitter currently collects is so minimal, there really aren’t many choices for filtering ads except the obvious (Twitter accounts you follow).

It will still absolutely be worth testing though. Will you test Twitter ads for your business?