Social Media & Small Business: What NOT To Do During a Disaster 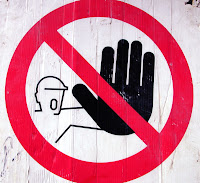 When it comes to social media for small businesses, most people think of it as just another channel for communication and promotion. However, it can also be a source of help or hurt during a natural disaster. During and after Hurricane Sandy, which ravaged the east coast earlier this year, we saw very specific examples of how social media can be a lifeline for some and also learned valuable lessons about what NOT to do during a disaster:
1.       DO NOT spread rumors on social media: This one can be a tricky one. During Hurricane Sandy, the campaign manager for a U.S. House of Representatives candidate was allegedly the source of a widespread rumor that the New York Stock Exchange had flooded. It was picked up by both CNN and the National Weather Service before it was debunked. Usually, however, “official” social media accounts at the local, state and national levels can be counted on for accurate information. Only repost messages from credible sources that have been verified, if possible.
2.       DO NOT use social media to promote your brand or product while people are in survival mode: American Apparel, Urban Outfitters and the Gap were all criticized for insensitive promotional messages on Twitter during the storm. If you want to help people by providing them with a discount, you should wait until the storm has passed.
3.       DO NOT just “wing it”: If you already have an online crisis management plan for your small business, consider adding social media as a secondary means of communication with your employees, vendors and customers. You can also use your social media channels to bring the community together as 13 restaurants did to provide Sunday dinner in one Sandy-ravaged town. If you don’t have a disaster plan in place, you should get one. Immediately. Read this Forbes article for some tips.
4.       DO NOT ignore social media: Now more than ever, people are turning to social media for information, and the more you can provide during a crisis, the more value you are giving. In some desperate situations, social media may be the only channel available for communication.
Hurricane Sandy showed us the good, the bad and the ugly of how social media can be used during a natural disaster or crisis situation. Let’s all take these lessons and learn from them, so that we are prepared for the next time Mother Nature decides to show us who’s boss.
How have you used social media to get through a crisis? Do you have a disaster plan that includes social media? Share it with us in the comments below.
Share This