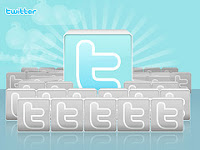 As part of their five year anniversary, yesterday Twitter blogged about the massive amount of growth they have experienced since inception. From the first tweet, through now well over a billion tweets, there is no denying Twitter’s growth. There are many ways to utilize Twitter for your business and harness its reach, depending on what your objectives are with the social platform.

Below are a few statistics Twitter released to illustrate its growth trends:

If so, at a minimum you should at least “listen” using tools such as Twitter Search. You want to be where your customers are, interacting with them. Although it’s easy to use Twitter as a broadcast channel, remember it’s important to add a human factor to your communications.