Posted at 03:56h in All Articles by Jay Berkowitz 0 Comments
0 Likes
Share 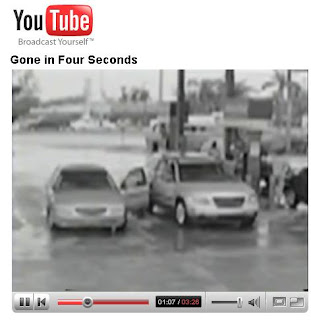 I met the bright team of Ilisa Finkelman and Alesia Russell from the Broward County Sheriff’s Office at a Women in Communications event. Here is a great example of using new media – YouTube Videos, Viral Marketing and Word of mouth to spread the good word!

Alesia presented Gone in Four Seconds a YouTube Video produced by the Ft. Lauderdale based Sheriff’s Office to alert us all to the risk of leaving your purse or briefcase in an unlocked car for even as little as four seconds!

The scariest part of these crimes…the thieves will not only steal your valuables, they have a much bigger prize in mind, they are going to steal your identity!