According to Akami’s Net Usage, the end of the World Cup game between the US and Algeria is now the second highest amount of web users. As you can see from the charts, as the game got more intense, people started to log on and watch with a spike in traffic to over 11.2 million visitors per minute. In the North America alone, there were over 8 million visitors per minute which is almost as high as when President Barack Obama won the 2008 election. 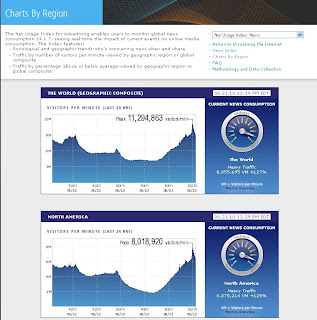 The record was set earlier this month with the opening day of the World Cup.