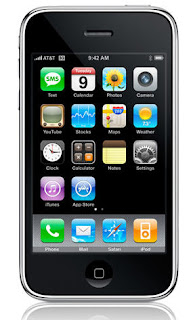 Despite widespread activation problems, Apple said Monday that it sold its one millionth iPhone 3G on Sunday, just three days after the new handset launched worldwide on Friday, July 11.

“iPhone 3G had a stunning opening weekend,” said Apple chief executive Steve Jobs. Last year, Apple managed to sell just 270,000 iPhones during the first two days. Although the Cupertino-based electronics maker did not release a three day tally for first-generation iPhone sales, it would take the company nearly two and a half months to sell its one millionth unit. “It took 74 days to sell the first one million original iPhones, so the new iPhone 3G is clearly off to a great start around the world,” Jobs added. Unlike last year when opening weekend iPhone sales took place exclusively in the United States, this year’s roll-out was helped by simultaneous launch in 20 addition countries, including Australia, Austria, Belgium, Canada, Denmark, Finland, Germany, Hong Kong, Ireland, Italy, Japan, Mexico, Netherlands, New Zealand, Norway, Portugal, Spain, Sweden, Switzerland, and the UK.

The new iPHONE 3G now offer a bunch of improvements like connection to the new 3G networks which is most faster than the EDGE networks, it has a GPS based on Google maps, support for Microsoft Exchange and access to the iTunes Applications store, so now you can buy or get free applications for your phone. There are cool applications for free like AIM, Facebook and AOL Radio. The applications are very limited for now but thanks the new SDK we will see a bunch of interesting new apps in the near future. This revolutionary phone is repaving the mobile industry to a next level.