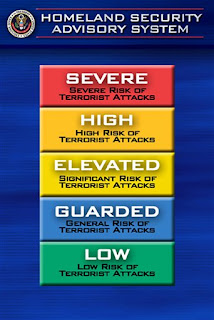 The Associated Press just published a “draft security plan” from the Department of Homeland Security that will now utilize Facebook and Twitter to publish terror alerts in addition to what they have already been using to announce them. This is a little bit of a change from an announcement in November 2010 they made about discontinuing the program altogether since the threat level always remained “elevated” and was simply ignored by the public.
If the government has learned anything from the current events in the middle east is that Twitter and Facebook work in getting a message distributed to the public in a very fast manner. It’s wonderful how social media is changing the way we communicate almost on a daily basis.
Share This